Q: Why is CCI focused on the carbon cycle?

A: CCI’s mission is to stop and reverse global warming. Increased atmospheric carbon due to human practices is the primary cause of climate change. Stabilizing our global climate will only be possible if we identify and broadly implement practices that reduce the excessive load of carbon dioxide that has accumulated in our atmosphere—while simultaneously reducing new carbon emissions. Doing so requires that we understand and engage with the carbon cycle, a sequence of natural processes through which carbon compounds move from one carbon reservoir, or “sink” (such as the atmosphere), to another (such as forests, soils, and oceans) and back. CCI seeks to identify and disseminate “carbon cycle solutions” that offer the greatest potential to tip the carbon balance back in humanity’s favor.

Q: What is soil carbon sequestration and how does it reduce greenhouse gases?

A: All plants absorb and store atmospheric carbon as they grow through the natural process of photosynthesis; some portion of the carbon migrates from plant roots into the surrounding soil in other organic forms. Depending on how the plant and soil is managed (or not), the carbon can remain in the soil in a stable state—that is, become sequestered within the soil. Every pound of additional carbon sequestered in the soil represents 3.67 pounds of carbon dioxide removed from the atmosphere; thus, managing agricultural lands in more carbon-beneficial ways can directly reduce atmospheric carbon dioxide, the most significant greenhouse gas.

Q: What role can agriculture play in reducing atmospheric carbon and other greenhouse gases?

A: Approximately one third of the total excess atmospheric carbon is attributed to land use, including farming practices that result in large carbon losses from our soils to the atmosphere (Faulkner, 1948; Lal, 2004, 2007). The good news is that we can reverse the loss of soil carbon and offset climate change through carbon-beneficial agricultural practices that offer other important and measurable ecological and human health benefits at reasonable costs. Through its work on the Marin Carbon Project, CCI has played a critical role in creating the Rangeland Compost Amendment Protocol, currently undergoing final peer review through the American Carbon Registry. Once published, this protocol will allow ranchers and land managers to earn additional income through carbon offset markets, while reaping other benefits such as higher forage productivity and greater rangeland drought resilience.

Q: How much carbon can be sequestered on a typical ranch by following a rangeland compost protocol?

A: A well-managed 1,500 acre grazed grassland in California can expect to sequester an additional 6,600 metric tons of CO2 over three years following a single ½-inch application of compost (Ryals et al, 2014), with additional carbon sequestration expected to continue for decades. If implemented on just 5% of California’s 38 million acres of grasslands and pastures each year, compost application could offset all of the state’s annual agricultural and forestry GHG emissions if compost for rangeland application is created from green waste that would otherwise end up in California landfills or manure diverted from anaerobic storage lagoons (DeLonge et al, 2013).

Q: What are the benefits to producers/ranchers of implementing climate-friendly rangeland practices? Are economic and technical support options available?

A: CCI’s Agricultural Carbon program is developing a portfolio of methodologies—including rangeland compost application—to increase soil organic carbon and soil organic matter (SOM). It is well known that enhancing SOM increases land’s water holding capacity and “plant available water,” thus protecting vegetation from drought and effectively increasing the total water storage capacity of the landscape. This increase in water holding capacity and associated increases in soil quality can result in increased forage productivity of 50% or more (Ryals and Silver 2013). The USDA-NRCS offers cost-share support for compost applications (termed “mulching” in their practice list), and can provide technical assistance around this practice. Producers can also contact their local resource conservation district for assistance. Meaningful economic incentives may additionally become available through carbon offset markets once the Rangeland Compost Amendment Protocol is finalized and published.

Q: Is there a sufficient supply of compost for broad implementation of the compost amendment practice?

A: We estimate that there is potential to produce 20-30 million metric tons of compost annually in California, enough to cover roughly 5% of California grasslands and pastures each year. There are vast flows of organic materials currently going into landfills and direct land disposal that can be composted—from green waste and paper to human and animal waste. Diverting these waste streams to compost production will not only help meet increased demand for compost, but can also reduce the substantial GHG emissions associated with current landfill and other waste management practices.

Q: What about the GHG emissions associated with creating, transporting and applying compost?

A: A rigorous lifecycle assessment of the rangeland compost amendment practice (DeLonge et al, 2013) demonstrated that the GHG emissions associated with compost production, transport and application are less than 20% of the projected GHG savings associated with diverting waste materials from traditional high-emission waste management practices.

Q: Will compost amendment on California rangelands work during periods of drought?

A: The avoided GHG emissions benefit of diverting organic waste to aerobic composting accrues even in the face of drought. While soil carbon sequestration requires precipitation to ignite plant growth, compost application can increase rangeland drought resilience by increasing its soil water-holding capacity, so that, when it does rain, more water can be held on site, driving further increases in photosynthetic capture of carbon and further water holding capacity. In the long term, increasing the water holding capacity of California’s soils may be the single most important thing we can do to mitigate drought impacts and improve watershed conditions across the state.

Q: What other types of agricultural lands and carbon farming practices is CCI exploring?

A: CCI’s work in support of “carbon farming” spans a range of practices, from compost amendment to watershed restoration, improved grazing practices, windbreaks, silvopastoral system development, arable crops, no-till, etc. We are currently engaged in research and modeling to quantify the potential impact of many of these practices.

Q: What distinguishes CCI from other soil carbon advocates & nonprofits?

A: CCI is encouraged to see a groundswell of interest in and media coverage of the potential positive role that agriculture and soil carbon management can play in mitigating or reversing climate change. Our Agricultural Carbon project’s focus on rangeland compost application, while not exclusive, is unique, as is our team’s early success in laying groundwork to scale proven carbon cycle solutions through collaboration with regional, state and federal partners and policymakers. CCI is also differentiated by our strong commitment to close collaboration with researchers and extension from some of the country’s best universities to take a rigorous scientific approach to measure changes in soil carbon from practices under investigation.

Q: How does application of “biochar” compare to compost amendments?

A: It is possible that biochar production and use may result in a net decrease in atmospheric carbon in some cases. However, there is little in the way of peer-reviewed science or lifecycle assessments supporting this hypothesis. Certainly, biochar resulting from biomass burning or pyrolysis for energy production should be returned to the soil, at agronomically appropriate rates, and preferably in conjunction with compost applications.

Q: Does the “Savory Method,” or “Holistic Management” increase soil carbon? If so, how does it compare to compost amendment?

A: There is a large body of anecdotal evidence supporting this concept, and applied research efforts are underway to better characterize and quantify how targeted or prescribed grazing (without compost amendment) can enhance rates of carbon capture on rangelands. As peer-reviewed research and lifecycle assessments of holistic management practices emerge, we can compare the soil carbon sequestration rates and potential of these methods to documented levels achieved by compost amendment on rangelands.

Q: What are “climate-beneficial textiles” and how is Fibershed promoting them?

A: California’s clothing consumption is responsible for the release of over 120 million metric tons of CO2 annually, equating to the carbon footprint of powering more than ½ of California’s homes. Using the science of the Marin Carbon Project and CCI’s Agricultural Carbon Program, Fibershed is working with California’s rangeland managers and sheep producers to create a climate-beneficial fiber supply. Through implementation of the compost protocol, rangelands become carbon sinks where sheep graze and produce an annual supply of “carbon-negative” wool. A typical wool garment created from a carbon-beneficial supply chain has a carbon sequestration potential of over 70 pounds of CO2; the mirror image of its conventionally-produced equivalent, responsible for over 75 pounds of CO2 emissions on average. California is currently the largest wool producing state in the nation; more than half of our wool is of garment quality, and the remainder is suited for other household items. Fibershed works with the entire fiber value chain—fiber sources, natural dyes, regional labor pools, and large brands—to create climate beneficial textiles accessible to the marketplace.

Q: How do the efforts in CCI’s project portfolio interrelate?

Q: What is the role of CCI in the Marin Carbon Project?

A: The Marin Carbon Project (MCP) was founded by John Wick and Jeff Creque in 2007. CCI is a member of MCP’s Steering Committee and provides ongoing carbon farm plan design and implementation support on demonstration farms in Marin County. Jeff Creque co-leads carbon farm planning with the Marin Resource Conservation District and Torri Estrada co-leads the development of policies and economic incentives to support the expansion of MCP’s work in Marin County. 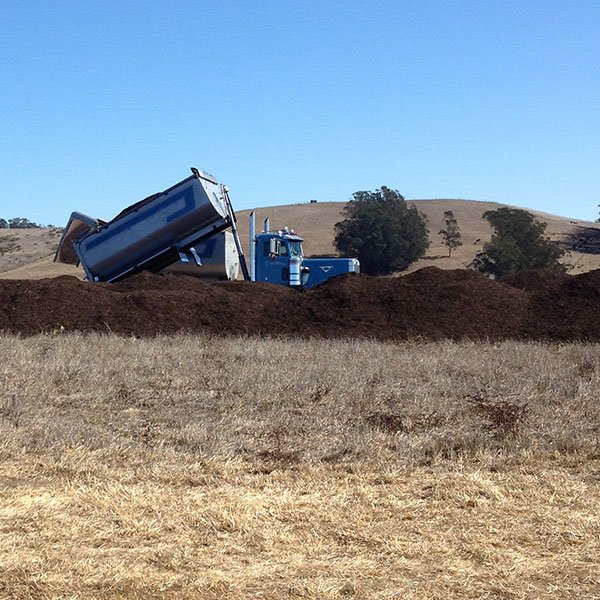